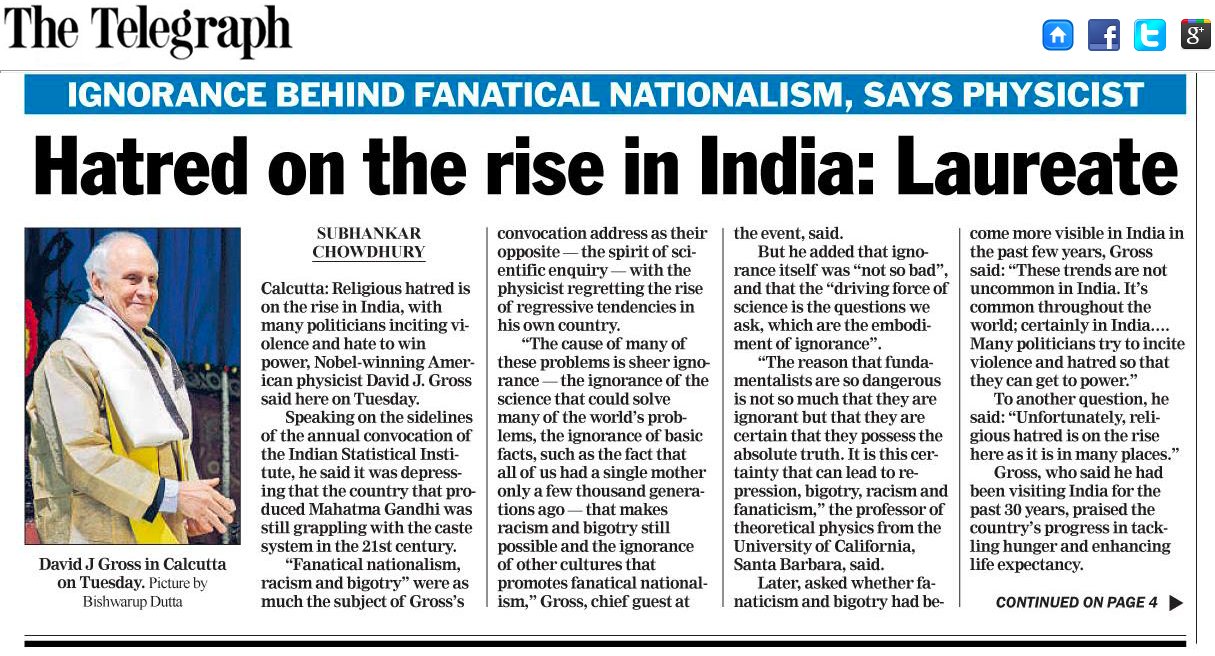 Re: Eminent Nobel prize winning scientist D.J. Gross: "Hatred is on the rise in India"

It looks like Mr. Donald J. Gross was unknowingly fed words into his mouth to talk about religious intolerance in India, without him even realizing that India currently has multiple / separate religious laws for different communities officially and that it is mostly the people complaining about the religious intolerance are opposed to getting rid of these religious laws and instead have a common UCC (uniform civil code: one law for everyone, irrespective of religion, race, caste and gender).

Similar topics
» Nobel Prize-winning scientist says he was forced to resign
» Nobel Prize winning Economist Amartya Sen on the economy of an independent Tamil Nadu
» Eminent Historian Habib and Eminent Scientist Bhargava: India is on its way to becoming another Pakistan
» Nobel prize
» BSY wants Nobel prize, but may get the boot

Page 1 of 1
Permissions in this forum:
You cannot reply to topics in this forum
SuCHat
Click here to find out who is on SuCHat.
Latest topics
» Hard work and frugal lifestyle important to overcome economic adversity
by Seva Lamberdar Fri Aug 05, 2022 9:20 am