The Indus Valley Civilization: The Masters of the River (Youtube video: c. 2015)

The Indus Valley Civilization: The Masters of the River (Youtube video: c. 2015)

Note:  Turn on the subtitles / CC for parts of French commentary (to English).

Incidentally, there is no reason or evidence in support of the statement (@6.10) that IVC (including ancient Mohenjo-daro & Harappa) was settled by new-comers from Persia. It looks like a type of the now-discarded Aryan Invasion / Migration idea.

IVC probably represents mainly the Saraswati river area civilization long ago, because most of the current findings (belonging to as the IVC) seem to be the result of river Saraswati drying up long ago and preserving the ancient sites and artifacts in a type of time-capsule.

Needless to say, as the IVC area dried up (becoming a desert, mainly due to the river Saraswati drying up) resulting in less number of people living there and decreased human activity, the other surrounding areas (including near Ganges etc. and far from IVC) kept on doing well while evolving culturally, linguistically and undergoing extreme human activity with little chance for the preservation of old sites and artifacts. There probably was also the rise of new writing scripts in these surrounding areas / cultures, which looked quite different from the old IVC and similar scripts.

The point is that IVC very likely was an integral part of the Vedic culture (with Sanskrit as its main language) and that the IVC as a historical site / occurrence seems due mainly to the Saraswati river (an important reference in the Vedas) drying up long ago and preserving the sites and artifacts (as IVC) as a time-capsule. The IVC thus also gives a glimpse in the Vedic-era culture.

Many folk tales and Puranic stories mention the order of rivers as Ganga-Yamuna-Saraswati, implying that Saraswati was geographically to the west of Yamuna which was / is to the west of Ganga (Ganges). Thus, the region of Ghaggar-Hakra river seems indeed that of the ancient Saraswati river which, like Ganga (with multiple names along the way, including Bhagirathi, Ganga, Padma and so on) also might have had many names (including Saraswati, Ghaggar, Hakra, and so on). 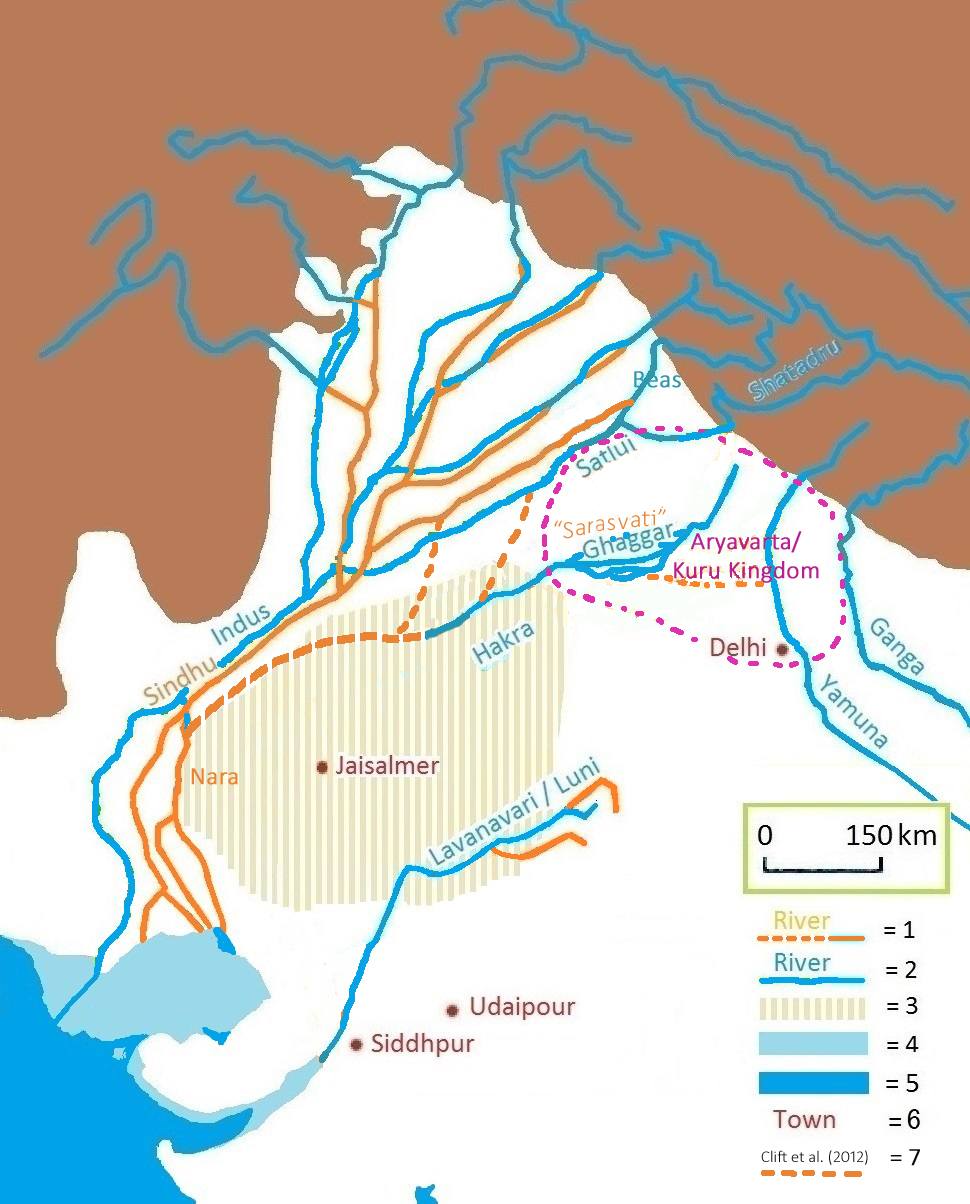 Page 1 of 1
Permissions in this forum:
You cannot reply to topics in this forum
SuCHat
Click here to find out who is on SuCHat.
Latest topics
» Mankind WITHOUT Religion?
by Seva Lamberdar Sat Nov 26, 2022 8:43 pm