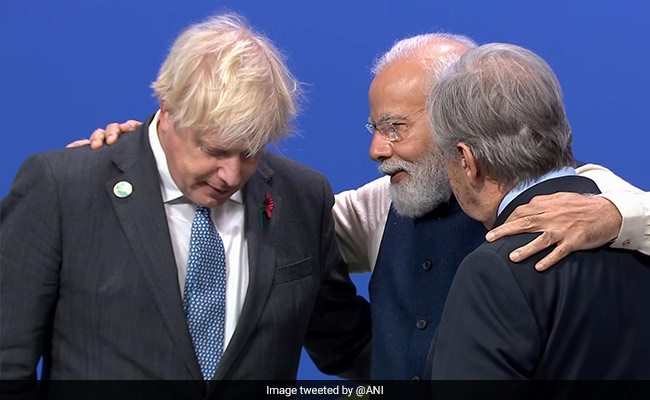 UK PM Boris Johnson has said the summit will be the "world's moment of truth" and has urged world leaders to make the most of it.

A huge positive step in reversing quickly the rapidly deteriorating climate globally, by keeping alive and in good health the forests and trees:

A look at some of the announcements (or non-announcements) at COP26 in Glasgow over the past 48 hours that could affect the future of our planet:

(1) India - the world's third-largest emitter - pledged to achieve net zero carbon* emissions by 2070 - a big step forward but 20 years later than the stated goal of the conference.

(2) More than 100 countries inked a deal agreeing to end deforestation by 2030 - but campaigners say the details of the plan may not be sufficient to make up for years of destruction.

(3) A similar number of leaders joined an initiative led by the US and the EU to cut emissions of methane - a harmful greenhouse gas - by at least 30% by 2030. However, China, Russia and India - some of the world's top methane emitters - are not among them.

(4) China, the world's largest emitter of carbon, did not announce any new climate targets, frustrating environmentalists.

* The 2019 top five emitters of carbon dioxide (Megatonnes of CO2 per year):

Page 1 of 1
Permissions in this forum:
You cannot reply to topics in this forum
SuCHat
Click here to find out who is on SuCHat.
Latest topics
» Blood pressure as we age: what is a healthy target (FB shared useful and informative short clip)
by Seva Lamberdar Thu May 19, 2022 8:51 pm

» The importance of taxes paid sufficiently and regularly to Govt. in doing its job well and providing good services and benefits
by Seva Lamberdar Fri Dec 31, 2021 7:00 pm

» Guaranteed MSP (Minimum Support Price subsidy to farmers) will claim half the Budget (The Hindu)
by Seva Lamberdar Tue Nov 23, 2021 9:02 am