Many situations arise suddenly and unexpectedly which turn everything upside down in life. The bad things happen even to good people sometimes. Life does not always seem fair. When that happens, one must take charge of the situation and do whatever necessary to turn things around. Remember also that there is nothing demeaning and to feel ashamed of during life's struggles.

People sometimes think of me as having privileged background and education thus presumably, according to them, not able to fully appreciate and understand the hard realities of life. Perhaps it is the result of their associating me easily with brahmin caste (through surname Sharma) as well as my having lived for decades in North America where I even earned higher educational degrees (M.S. and Ph.D.) in engineering from universities in U.S.A. and Canada.

But, in reality, it is not that simple.

Note, anything seemingly privileged and special about my background and education is mostly the result of hard work, tough living and timely actions while trying to do the best in hopeless situations (Refs. 1 & 2). As an example, I (along with my wife and two young children) had to contend with living for almost two years in a very small (bachelor) apartment in Toronto (Lansdowne Ave. @ Dupont St.) during 1980s.

Likewise, when I started pursuing a new graduate program (M.S. in ME) at University of Hawaii (UH @ Honolulu) during early 1970s without getting monetary funding from the department, I had to undertake several part-time jobs during the course of my studies to earn money to pay for personal expenses and education. The jobs on weekends sometimes would require me to work in sixteen-hour shifts (including midnight 'graveyard' shift sometimes). Various part-time jobs by me then in Honolulu included dish washing in a restaurant 'Alex Drive-in', custodian work (janitor, pool cleaner, security guard) at 'Kahala Beach Condominiums', wall-painting in 'Hawaiian Baptist Church', assembly line (Ginaca-machine) work at 'Dole Pineapple Co.' and Lab. technician in department of astronomy at UH.

Thus before I could lay my hands on M.S. diploma (master of science degree) in mechanical engineering from University of Hawaii (Honolulu) in May 1972, I already had gone through plenty of hard work, sweat and sleepless nights for my academic pursuit (including running the computer programs in the middle of night on UH IBM360 computer for my class assignments and M.S .thesis) and to earn money outside from part-time jobs (including working as a security guard in midnight / 'graveyard' shift).

Suffice to say, my impressive looking background and education aside, there is plenty in me from past experiences to fully understand and appreciate struggles faced by ordinary people in trying to make ends meet. 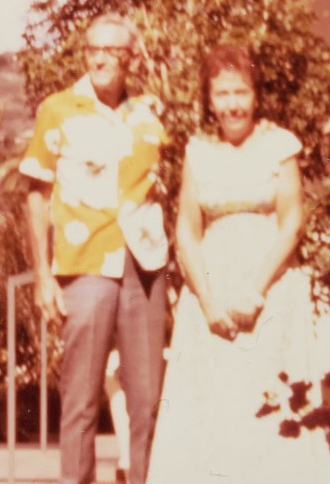 In the following Youtube video on Ginaca machine in operation, my part-time job (rearranging and loading the pineapples: @ 2 mts. in video) with Dole Pineapple Co. (Honolulu, during early 1970s): https://www.youtube.com/watch?v=HQg4kT5zMxU

Page 1 of 1
Permissions in this forum:
You cannot reply to topics in this forum
SuCHat
Click here to find out who is on SuCHat.
Latest topics
» Hard work and frugal lifestyle important to overcome economic adversity
by Seva Lamberdar Fri Aug 05, 2022 9:20 am